St Mary's Church lies at the heart of a small Bedfordshire village in an area known as Marston Vale. Up until the early 21st Century this area was famous for brick making. Established in the 19th Century, this industry lasted for over a century. Now it is seen as a place of population development and as the site of the Millennium Park. This latter establishment is the central focus of a developing community forest, where native woodland is being re-established in what was once a scarred area, due to the extraction of the valuable clay deposits. Artificial boating lakes have been developed over the years as a way of filling in clay pits and making an area of beauty for recreational purposes. This aim to beautify continues to the present day. Against this background, the ancient church of St. Mary's Marston Moreteyne has watched over the changing face of the Vale since the mid-fifteenth century. Evidence exists that there was probably an earlier church on the site, which may have been established in Anglo Saxon times.

The unusual detached tower of the church, with its thick walls at the base, suggest that this was once a watchtower, or a place of refuge in times of strife. There is a theory that it may have been used to protect villagers from the pillage of the Vikings, whose long ships may have  sailed as far as Bedford on the River Ouse. We will probably never the know the truth of this ... but it makes for a good story!

Inside the church, from Medieval times, parts of a painted 'Rood Screen' and fragments of old glass can be seen. Other interesting features are the Font and the carved roof with it's angels, one of which is mysteriously missing. The angels were removed by parishioners to save them from Cromwell's iconoclastic zeal and all but one of them returned after the Restoration. There are niches where statues of Saints once stood and unusual 'squints' cut through the Chancel from the Reynes Chapel through which, it is believed, priests watched the progress of the services in order to be 'on cue' for entry. An alternative suggestion for these openings was for lepers or other 'undesirables' to stand to watch the service without causing offence.

St Mary the Virgin Church, as has been stated, is largely 15th Century and contains 'treasures' from that period, notably the 'Doom' painting which can be seen above the Chancel Arch. This was known to have existed, even though it remained covered until the 1960's, when a team from the Victoria and Albert Museum revealed what had been concealed for centuries. A 'Doom' painting shows the Last Judgement and the separation of the souls, when Christ returns. Marston's 'Doom', is arguably the best in the County (where very few examples exist) and among the finest in the Country from the point of view of their preservation.

St Mary's is full of interesting features too numerous to record here. It is well worth a visit and few are disappointed. Worship in this historic place has continued unbroken for virtually a thousand years and all visitors are welcome to join the congregation at services on a Sunday morning, or simply to come and look around this inspiring building.

For a window-by-window description, the entry for St. Mary's on the Bedfordshire Parish Churches website is worth a visit. 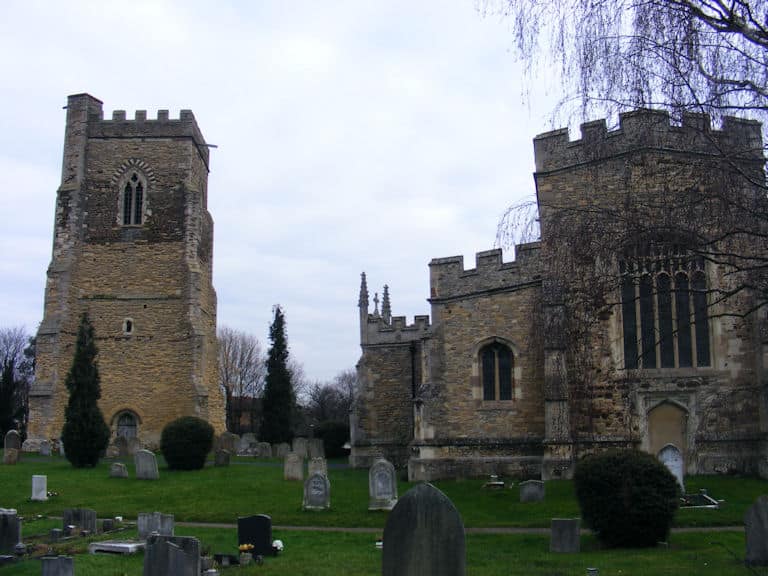 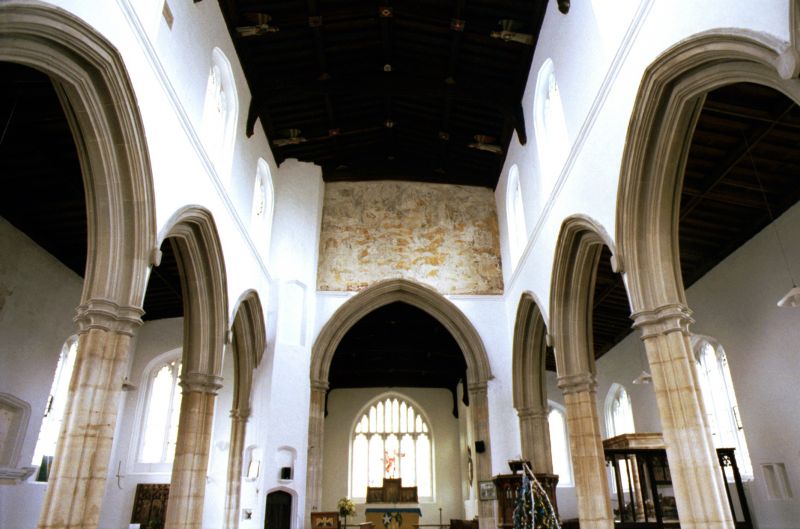